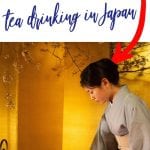 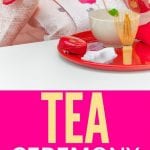 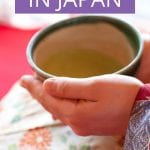 The order, art and simplicity of the Japanese tea ceremony began during the feudal period in Japan between the 11th and 16th centuries. Samurai warriors pledged to serve a shogun; a warlord of noble birth owning land and great wealth. The samurai lived and fought by strict rules of chivalry. Stories from the medieval period show the warrior living by the rules of his life to be brave, honest, loyal, and faithful.

Samurai practiced traditional arts and performed everyday activities with a level of awareness to bring them enlightenment. Shoguns often presented tea in a special jar to a samurai for a great achievement. The warrior prized this award of tea because he could afford to invite his family and friends to share in the tea ceremony celebrating his valor.

Shogun Ashikaga Yoshimasa formalized the rules of the tea ceremony in the 15th century. His invited guests walked down the garden path to his tea house and waited in an alcove or portico to be invited in by the tea-master. This person has a lot of experience in the tea ceremony. Guests remove their weapons and enter. However, they also remove any indications of social standing.

Inside the tea house the titles of shogun and samurai didn’t exist. Everyone became equal. As a result, an emperor and a peasant farmer would be held in equal status. They entered the tea house by bending over to walk through a door too short to allow them to walk through vertically. This forces you to bow while entering the room. The host waited until all guests knelt in a sitting position. Then the room fell silent except for the sound of boiling water. The traditional tea ceremony will now take place.

The tea master prepares powdered tea in the boiling water with a bamboo whisk. Afterwards serving cups to each guest. Conversation was not an accepted practice; guests sat in peace and drank their tea.

The popularity of Zen Buddhism during the Medieval Age contributed to new traditions growing on older customs. The monks discovered that drinking tea increased their ability to meditate. Growing in popularity, monks would now spread the custom across the island. Families either set aside a special room in the house for drinking tea or built separate tea houses; or sukiya, in the garden.

The buildings were of simple bamboo construction and each one was designed specifically for each tea-master. The garden path became the first step to the traditional tea ceremony. Invitees walk along a path designed to increase contemplation.

The Zen of tea

For at least four hundred years prior to this period, gardens were made with natural materials (trees, plants, water, stones) enhanced with lanterns, bridges and waterfalls. Zen monks designed minimalist gardens. (just sand, gravel and stones.) Sand symbolized water and rocks symbolized mountains or clouds. Each guest interprets the garden through their own perspective. The tradition survived and after World War II, world leaders encouraged the Japanese people to look at the traditions of their past to lead the way to democracy.

The tea ceremony was held up as one of the great democratic rituals native to their culture. Modern tea ceremonies retain many of the rituals and characteristics from the medieval period. To attend a tea ceremony increases an understanding of artistic beauty to sipping tea. As a result, it continues with the traditions of equality and civility.