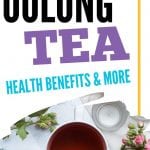 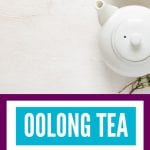 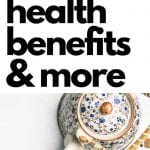 As we know, tea is the most popular and least expensive beverage in the world. Tea is also available in many varieties, namely black, oolong, white, and green tea. So just what is oolong tea? And what health benefits could it possibly posses?

See also: Learn more about the different types of tea and the health benefits they provide!

What is Oolong Tea?

Oolong, also known as Makaibari Oolong, traces its origins to a plant scientifically known as Camellia sinensis. This type of tea has a history going back to the Mt. Wu Yi Shan in the Fujian province of China. The plant was found at the end of the Ming dynasty, which dates back to at least 400 years. Oolong is also known as wu-long in China, where “wu” means black and “long” is referred to dragon, a legendary creature in China. Hence, the tea is also known as ‘Black Dragon Tea’.

What is the History of Oolong Tea?

There are numerous stories behind the invention of this type of tea. One such legend says that it was also known as “Tribute Tea” because it was sent as a tribute to the Emperors in form of tax. Moreover, the tea was pressed into hard cakes for better transportation. Another story says that oolong tea was first manufactured at the Wuji Shan Mountains in the Fujian province of China. Hence, it was named after the mountain where it was first found to be grown. A third story says that the discovery of the tea was accidental by man who was hand-picking the leaves.

How is Oolong Tea Made?

The production of oolong tea is a long process that involves several stages. The tea leaves are left in the open to wither after being spread thinly by the help of heated air which is supposed to be forced over the withering shelves. The sole motive is to make the water of the tea leaf get evaporated to a larger extent so that the leaves are gradually softened.

After the leaves are softened after withering, they pass through the rolling machines where they are ultimately rolled and twisted in order to break up and ultimately expel the juices which will ultimately give oolong tea its flavor or taste. After this, the very first important chemical change begins and the juices which are remaining on the leaf are exposed to the air. Now the tea comes out as lumps which have newly come out of the rollers and are broken by the sieves or roll breakers.

The next step in the manufacturing process is the oxidation process. This is where the tea leaves are gradually spread out in a comparably cooler and more damp atmosphere. After this, the leaves undergo further chemical changes by gradually absorbing oxygen where it transforms into a bright copper color. Lastly, they are taken for the final process of drying to control oxidation and dry the tea leaf evenly.

Traditionally, it is put through an automatic tea drier made of a large iron box. Afterwards, the tea leaves are spread on trays and sent through slowly as a continuous burst of hot air are forced into a second drier compartment. The temperature and production speed of this process is carefully regulated.

Oolong tea has many said to have health benefits, including reduction of cholesterol in the bloodstream as a gradual weight loss aide. It is also said to be helpful in preventing the occurrence of heart ailments. It also helps in enhancing longevity and combating tooth decay as well as other infections.

Oolong one of the most popular teas in Southeast Asia. It’s been growing in popularity around the world, have you tried a cup? Thanks for taking the opportunity to learn more about oolong tea. Happy brewing!