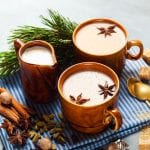 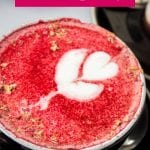 You love the tea you drink daily, but have you ever wondered what types of tea people drink in other parts of the world? We’ve found some of the 10 most unusual types of tea out there!

There’s more to explore and enjoy than Earl Grey, as you’ll soon see that there are quite a few unusual and interesting teas to sample around the globe.

How popular is tea?

With that in mind, let’s take a look at some of the most interesting and unusual (and some downright weird) teas that you can find in the world.

Let’s start with a type of tea that shares the name of a dog breed.

If you’d like to see a graphical breakdown of the unusual tea types, we got you covered:

This tea is made from an evergreen shrub called Labrador that’s found in North America.

When its leaves become dry, they are used to make a herbal tea that is said to treat many health problems, such as headaches, kidney problems, and common colds.

This medicinal tea has a high amount of Vitamin C, along with a spicy taste.

It’s considered to be safe when taken in small amounts, but it is a medicinal tea so it’s not something one should drink for fun or too regularly.

This is a tea that originated in Japan.

It’s a combination of roasted brown rice and green tea.

Genmaicha tea is considered to be a highly nutritious tea, as the brown rice contains minerals and vitamins, while the green tea has antioxidant properties.

This tea can be enjoyed hot or cold. It’s been said to have a mild but pleasant grassy flavor.

This unusual tea hails from Tibet.

It’s a tea that’s made with boiling water and leaves, but then has salt and yak butter added to it.

After being stirred for a while, this beverage takes on the appearance of a stew, which is perfect for consumption during the cold winters – and Tibet can experience freezing temperatures – as it’s quite satisfying.

The tea also contains milk curds and barley powder, just adding to its richness. But, it is said to be an acquired taste because it’s fatty and salty.

This Russian tea is actually quite bitter, busting the myth that tea has to be sweet.

It’s made from black tea that’s fermented with – wait for it – bacteria and yeast.

However, it’s been said to boost one’s immunity because of its probiotic content, which is probably why celebrities such as Madonna and Jake Gyllenhaal have been known to guzzle it.

If you’re interested in kombucha tea, it’s advised that you drink one cup of it every day as it’s said to give your body the same effects as if you consume probiotics.

This is another tea that’s more like a soup than what you’d imagine tea to be.

That does sound quite delicious, and you can purchase your own from Numi Organic Tea as the company does have a range of savory teas.

As reviewed by Pop Sugar, the tomato is the most overpowering flavor, so it’s probably not a good choice if you were hoping for something with a more minty flavor.

If you’re looking for something fun and refreshing, look no further than sparkling tea.

This has become quite a trend, and it’s basically a beverage that’s a combination of tea and soda.

It’s said to have many health benefits.

A company called SOUND was among the first to bring this tea to the public, and it blends fruit extracts, organic tea, and botanicals to provide a healthy beverage that doesn’t have any artificial flavors, hence why it’s considered to be good for you.

This tea comes from Yunnan in China, but it’s been gaining popularity all over the world and is renowned for its health benefits.

How it’s made is that leaves and stems are taken from the Camellia sinensis plant and then the leaves are fermented.

Afterward, they are stored for a long time in high humidity to give them a stronger taste.

Well, in places like Thailand and Malaysia, blue tea is a reality.

This tea gets its rich color thanks to the dried butterfly pea flowers that are native to South Asia which are made to produce it.

They give the tea a gorgeous color as well as a floral taste. The tea also contains lemongrass.

What’s so fun about this tea is that you can change its color. If you add lemon juice to it, it will turn purple.

If you add hibiscus leaves to it, the tea will be a glorious shade of red.

Best of all, blue tea is completely free of caffeine.

If you love sweet tea, this is the one you absolutely have to try.

It’s basically a black tea that doesn’t need any sugar in it to sweeten it.

Maple tea originates from Canada but it’s growing in popularity in other parts of the world.

You can find many maple tea recipes online so that you can make your own, with the use of delicious ingredients such as black tea, maple syrup, and heavy cream.

This tea is quite unusual indeed.

It’s made by wrapping tea leaves around dried flowers and then placing them in a glass teapot or transparent cup so that it looks like the tea has a blooming flower or plant inside it.

This is ensured by the fact that flowers that are used in Blooming Tea are of the edible kind, such as rose or jasmine.

Although decorative floral teas originated in China, they have become trendy in Europe and North America.

After the tea leaves are processed, they can be enjoyed as green, black, or white tea.

Some Teas Get Even Stranger…

In this list of unusual types of tea, we’ve seen some interesting and surprising ones.

But there are other types of tea in the world that make us cringe.

An example is Panda Dung Tea.

Although it sounds like it contains panda dung, luckily that’s not the case.

However, this tea is a green tea that’s been grown in soil fertilized by panda excrement.

Panda Dung Tea is cultivated in the mountains of Ya’an in China.

Although it might sound surprising, this tea is one of the most expensive teas you can buy in the world, as it costs $70,000 per kilogram, as Tea Bloom reports!

What country has the most amount of tea drinkers?

While tea is popular in many countries, tea is most popular in China.

However, places like the United Kingdom, Ireland, and Turkey are also considered to be home to the biggest tea drinkers in the world, as The Atlantic reports.

What is considered to be the healthiest type of tea?

White tea has the most antioxidants because it’s the least processed, The Spruce Eats reports.

When it comes to antioxidant levels, after white tea jasmine tea comes next, followed by green tea and then black tea.

That’s quite surprising since green tea is always hailed for its antioxidants.

What are the countries that produce the most tea?

There are four countries that produce the most tea: India, China, Kenya, and Sri Lanka.

Combined, they represent a whopping 75 percent of the world’s tea production, as Palais de Thés reports.

You might stick to your black or green tea that you love so much, but there are loads of other unusual teas in the world to explore!

After reading this article, chances are you’d love to sample all of them.

Or maybe all of them except for the one that’s fertilized by panda dung.

Either way, it’s clear to see that tea is very popular around the world, offering many creative and healthy brews that keep tea drinkers amused and entertained.