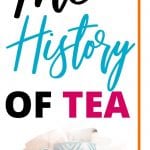 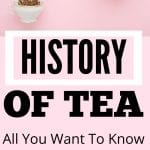 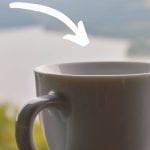 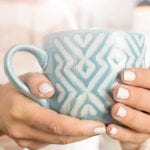 After water tea is the most consumed beverage in the world. The history of tea is centuries old and spans every continent. Tea has touched every continent, playing a major part in religious and traditional ceremonies and society as a whole. Tea has been used to predict the future. It has been served everywhere from a yak herder’s tent to the royal halls of China and England. We’ve going to take a short peak into the history of tea.

See also: Tea’s history is almost as vast as its numerous health benefits. Brush up on why tea is such a strong part of a healthy lifestyle with our article!

A short history of tea

Tea can be used both inside and outside the body to treat several ailments, can be consumed cold or hot. Tea comforts, soothes and reinvigorates us. How did tea come to figure in Western life? The history of tea is as long and intricate as the tea ceremonies performed and as elaborate as the types of tea available.

The Early History of Tea

Tea began to be mass cultivated by the Chinese after, as legend would have it, the Chinese Emperor Shennong was drinking a bowl of hot water into which a few leaves fell from a nearby tree. China’s history with tea dates at least as far back as the 10th century and in 59 BC Wang Bao wrote the first known book on how to buy and prepare tea.

Tea will be introduced to Japan by Buddhist monks between 589-616 AD. China’s Song Dynasty of 960-1279 AD will see the biggest change in teas production. Previously, the centuries old method of steaming the tea leaves was the main way to prepare tea. A powdered form emerged during the Song Dynasty which changed the dynamics of how it was traded. The tea leaves were now roasted and then crumbled rather than whole [rolled] leaves that were steamed. This is the origin of the tea we brew and drink today.

Tea Spreads to the Western World

The history of tea spans centuries. In 1285 AD, Marco Polo notes a tea tax increase from a Chinese government official. Throughout the 1500’s various travelers and explorers mention tea in their records. A ship from the Dutch East India Company’s fleet shipped the first green tea leaves from China to Amsterdam. By 1636 tea was a known commodity in France. The Russians did not care for the drink at first. But by 1689 caravans of camels were making the year-long journey across the continent with its precious and expensive commodity: tea.

By the mid-1600’s it is recorded that tea was being used by German apothecaries. Around the same time tea made its way to England. From there to the new colonies in the Americas through travel and exploration.

The History of Tea: Today

British merchant ships transported fabrics to India and China in the 1700’s. But because they were returning to England with little to no cargo, it was not a very lucrative endeavor. The rest is history, as they say. Increasing the public’s demand for tea would be the key.

As British colonialists settled in Canada and the U.S. they brought the traditions of home with them. Perhaps most famously, tea was involved in the Boston Tea Party of December 16, 1773. American revolutionaries threw crates of tea overboard into Boston Harbor as an act of protest against Britain’s excessive taxes. As a result, tea drinking is no longer exclusive to the upper class. In fact, the industry is worth almost $7 billion a year in the U.S. alone. There are more herbal and specialty teas than you can count. Whether cold or hot, black, green, white, tea is inescapably an inherent part of civilization’s history.