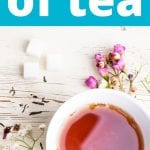 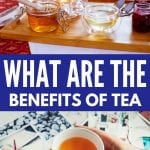 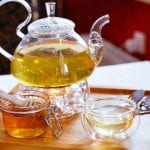 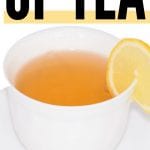 The benefits of tea have been recognized around the globe for centuries. Tea can also have more flavor than coffee – and it can be less expensive and healthier. Tea’s health benefits are scientifically documented, such as its ability to act as a powerful antioxidant. But they are also the subject of folklore and legend. Tea is undoubtedly a central part of our history.

See also: Tea has a lot of health benefits, want to dig into some of the information surrounding the different varieties? Check out our breakdown of the different types of tea and their benefits!

All of the content featured on beverageclass was created for informational purposes only. The content is not intended to be used as a stand in for professional medical advice. Always seek the advice of a qualified health provider with any medical inquiries related to tea drinking or otherwise.

A Few Health Benefits of Tea

Tea has many surprising benefits. Tea and Coffee Tea has zero calories if you refrain from adding sugar, cream, or artificial sweeteners to it. Black coffee has about 5 calories, but that number goes up significantly with the added sugars. Most tea has less caffeine than coffee, and often, it is significantly cheaper and takes less time to make.

The ancient Chinese used tea as medicine, believing it to have special healing powers. Many people believe that tea contains active compounds that help fight cancer cells. Chemicals found in the tea, called antioxidants, help keep the body protected from unwanted free radicals and other harm. Some studies have shown that tea can shrink cancers in lab mice. Studies on tea health benefits for humans have so far produced conflicting information. In addition, there’s also specialized teas to help memory, concentration, energy, intestinal regularity, skin health, and many other topics.

The Complexity of Tea

Many people think tea can be far more complex than coffee. That’s why many commercially sold coffee drinks in coffee shops are prepared with other flavors like cinnamon, chocolate, or nutmeg. One type of tea called, ‘red tea’ or Rooibos has an incredibly distinct flavor. The available flavors that are out there represent a very complex selection. Herbal tea is also very popular, although it doesn’t contain any tea at all!

In addition to the various types of tea, such as regular black tea, green tea, which is processed and dried in a special way as to avoid fermentation, red tea, which is also known as rooibos or “African Redbush,” white tea, which is a special kind of baby tea leaf, and herbal tea, which is not really tea at all, but a mixture of herbs.

The caffeine associated with certain kinds of tea can sometimes give the impression that tea is antithetical to relaxation. Nothing could be further from the truth; in fact, tea is an important part of many relaxation rituals around the globe. “Tea time,” in England is probably the most famous tea-centric ritual the the Western world, but there are also Japanese tea rituals, Korean tea rituals, Chinese tea rituals, and many other kinds of tea rituals found throughout Asia and the rest of the globe.

Tea often occupies an important spot in many religious and cultural traditions. Also, it’s is a great alternative to coffee, because it’s cheaper and healthier. We’ve appreciated tea for centuries, especially today. Another benefit of tea is its complex flavor, which often affords it more unique tastes than coffee. Tea rituals are also an important part of many cultures around the globe. We recognized the benefits of tea all around the world. Did you need any other reasons to brew a fresh cup?