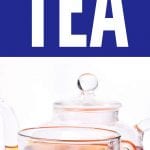 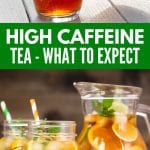 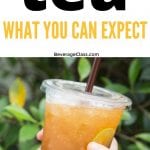 Coffee drinkers usually worry about how much caffeine they’re consuming, but what about the caffeine that’s present in tea? What can you expect when drinking high caffeine tea?

If you drink many cups of tea every day, this is something you might – and should – worry about.

How much caffeine is in tea?

The caffeine in tea doesn’t come standard. How much caffeine you’re consuming from drinking tea will vary depending on the type of tea you’re drinking.

So, with that in mind, let’s take a look at how much caffeine is in your favorite type of tea.

We’ll also compare how much caffeine you’re consuming as a tea drinker compared to your coffee-loving friends.

What, Exactly, Is Caffeine?

You know how caffeine makes you feel – it reduces feelings of fatigue and makes you more alert.

If you have too much of it, it can have negative side effects, such as making you feel agitated and restless.

That said, you might not know what caffeine actually is.

Caffeine can be defined as a mild stimulant that’s found naturally in plants such as Camellia sinensis, from which various teas are grown.

This small tree sprout leaves and leaf buds that are taken from it and used to make various teas.

White, green, black, and oolong tea all come from this tree.

How Much Caffeine Is In Your Cup Of Tea?

You might be wondering why different types of tea have different amounts of caffeine in them.

After all, black, oolong, white, and green tea all come from the same plant, so surely they should all have the same caffeine quantity, right?

Well, that’s not so.

The reason for the difference in caffeine content is because the teas are harvested differently and undergo different levels of oxidation, as Healthline reports.

The leaves of black tea are the ones that get oxidized the most, while green and white tea leaves don’t undergo this process much.

This means that black tea has more caffeine in it.

You’re looking at approximately 47mg of caffeine in one cup of black tea, but this can go up to 90mg depending on the tea variety.

Green tea, on the other hand, contains about 20 to 45mg of caffeine. White tea has between six and 60mg.

As for oolong tea, it does undergo oxidation.

It can have oxidation levels of between eight and 80 percent, and this depends on the production style that was chosen for it, as Teatulia reports.

How long you steep your teabag or tea leaves before enjoying a cup of tea will greatly affect how much caffeine you consume.

Basically, it’s been said that the longer time you take to steep your tea, the more concentrated its caffeine content will be.

But this is faulty thinking!

A chemist who discussed the fascinating topic of tea and caffeine with NPR has reported that when you steep tea, the first thing that’s released from the tea leaves is caffeine.

The longer time you take to steep the tea, the more compounds known as thearubigins will be released from the leaves.

Some end up attaching themselves to the caffeine.

This means that if you infuse your tea for too long, it will have less caffeine in it.

White tea should be steeped in water for about two minutes. Oolong tea benefits from being steeped for one to five minutes.

Is There More Caffeine In Tea Or Coffee?

If you love tea, you might think that there’s less caffeine in it than there is in coffee, and you would be correct.

However, there are some coffee types that contain similar amounts of caffeine to tea, which might be surprising to hear.

Here are the amounts of caffeine you’d find in various types of coffee, as reported by Mayo Clinic:

When comparing these amounts to the caffeine in various tea varieties, it’s quite surprising to learn that espresso and cup of black tea can both have 47mg of caffeine!

It just goes to show that coffee and tea can be quite similar at times depending on how they are made.

What About Tea Leaves?

Here’s where the caffeine debate between coffee and tea becomes really interesting.

Do Tea Leaves Have More Caffeine Than Tea Bags?

It might surprise you to know that tea leaves and tea bags can be quite different when it comes to their caffeine content.

Most teabags contain tea that’s got broken leaves in it instead of the whole leaf, so they will contain more caffeine than loose-leaf tea, as The Spruce Eats reports.

This isn’t always the case, though, as the caffeine content of tea depends on the tea variety.

As mentioned earlier, when teas such as black tea undergo oxidation, this boosts their natural caffeine content.

Although some tea can have high milligrams of caffeine, if you drink tea and coffee you might have noticed that how you feel after each of these beverages differs quite a lot.

A cup of coffee in the morning will give you a mental kick, whereas the effects of tea will be milder.

Why does this happen?

One of the reasons for this effect is that when you brew coffee, you extract it almost completely, but when you infuse your tea for five minutes you only get about three-quarters of the caffeine content, as The Book Of Coffee And Tea (via Life Hacker) reports.

There’s another reason why tea has a milder effect on you even though it contains caffeine.

Tea contains other ingredients, such as healthy chemical compounds known as polyphenols.

These change how your body absorbs the caffeine in tea and can actually decrease its effects on you.

This explains why you might not be able to drink tea until bedtime because it will make you feel jittery and keep you awake, yet you can drink tea throughout the day without problems, as Life Hacker reports.

However, if you’re someone who’s more sensitive to the effects of caffeine, you might find that drinking a lot of tea also has some negative effects.

This can include making you feel flushed, experience diarrhea, or battle to sleep, to mention a few side effects that can be experienced.

It’s still a lot less than other types of tea.

How much caffeine is safe to consume?

If you’re healthy and you eat a balanced diet as well as get regular exercise, consuming 400mg of caffeine daily is no danger to your health, as Huffington Post reports.

Although the idea of zero-caffeine tea is appealing, it’s not possible for tea to be completely free of caffeine.

In teas that are marketed as being free of caffeine, there will still be trace amounts of caffeine.

If you love your morning cup of hot, delicious tea, it’s good to know how much caffeine it contains – especially if you have much more than one cup!

In this article, we’ve looked at the different types of tea and their caffeine content as compared to coffee, and there have been some surprises along the way.

Whenever you consume tea, it’s important to know how much caffeine is in the specific brand you love so much so you can enjoy the amount that makes you feel good and avoid potential negative side effects from having too much.